Conservation of the Narrative: Mill House

Mill house suffered considerable damage to its historic fabric by a developer owner, prior to its formal listing in 2016. A lot of the historic plasterwork and timber was removed and destroyed in preparation for modernisation works, and minimal material of any age survived. This gave some freedom elsewhere, since most of the house was a blank canvas, but also meant that a careful approach to the conservation of any remaining historic fabric was required. One thing that did survive before it could be destroyed was the flooring to the attic rooms.

Believed to have been added in the 17th century as a weaving loft by James Pullin, the house’s owner at the time, it undulates like rolling hills in countryside. The reasoning for this unique feature is thought to be that the floor was constructed in haste, with unseasoned timber; when the floor was loaded with weaving machines it sagged under the weight, and the wonderful topography was created. The below drawing outlines the conservation approach, highlighting timber boards that are to be replaced and those for repair. 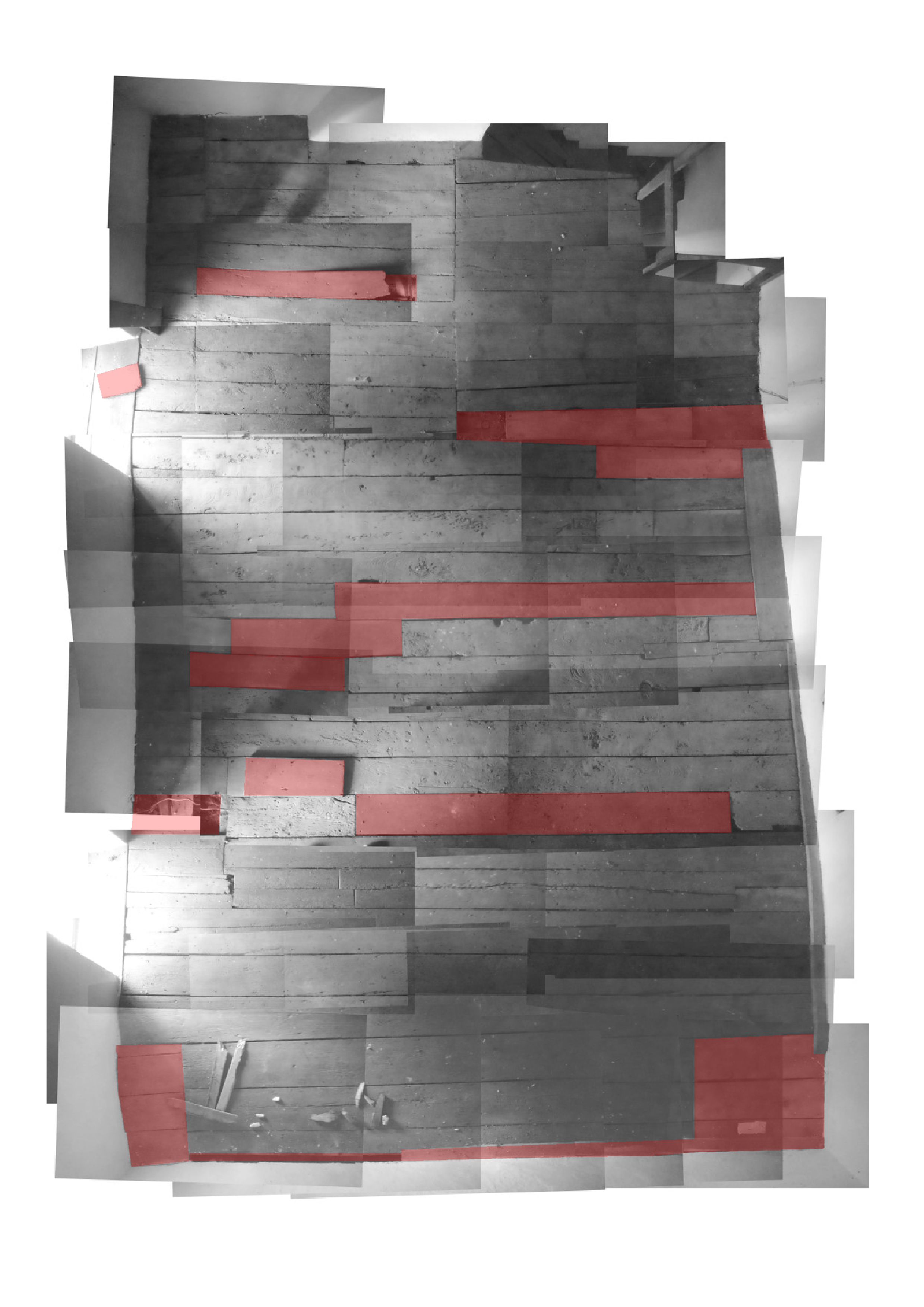 Since so much of the historic fabric had been destroyed, it was even more important to retain what remained in as great an extent as possible. To do this, we took the conservation approach to take multiple photographs and collaged them together, creating a photographic survey of the existing condition of the floor.

This identified timber that was unfit for use, mostly through insect damage or 4 centuries of decay, which fortunately was proportionally very little. Some of the timber had been replaced with modern softwood, noticeable by its machine sawn profile and difference in grain structure against the historic elm. Finally, some boards had been replaced with plywood, planked and screwed down to the joists below.

The question then is what should be done with this boarding that is not original?

It is all part of the narrative of the floor, but all of the repairs were modern (less than 75 years old) and in most cases rather crude. It was therefore decided to repair the floor with reclaimed elm boarding from elsewhere in the house, where other floors existed in an extremely poor state.

To express to the listed building officer what the strategy was with the floor, and to avoid doubt that historic fabric could be discarded or damaged, individual boards were identified on a diagram, their worth evaluated and the reason for their replacement given.

Planning & Listed Building; Consent for the conversion of Woodcock Farm